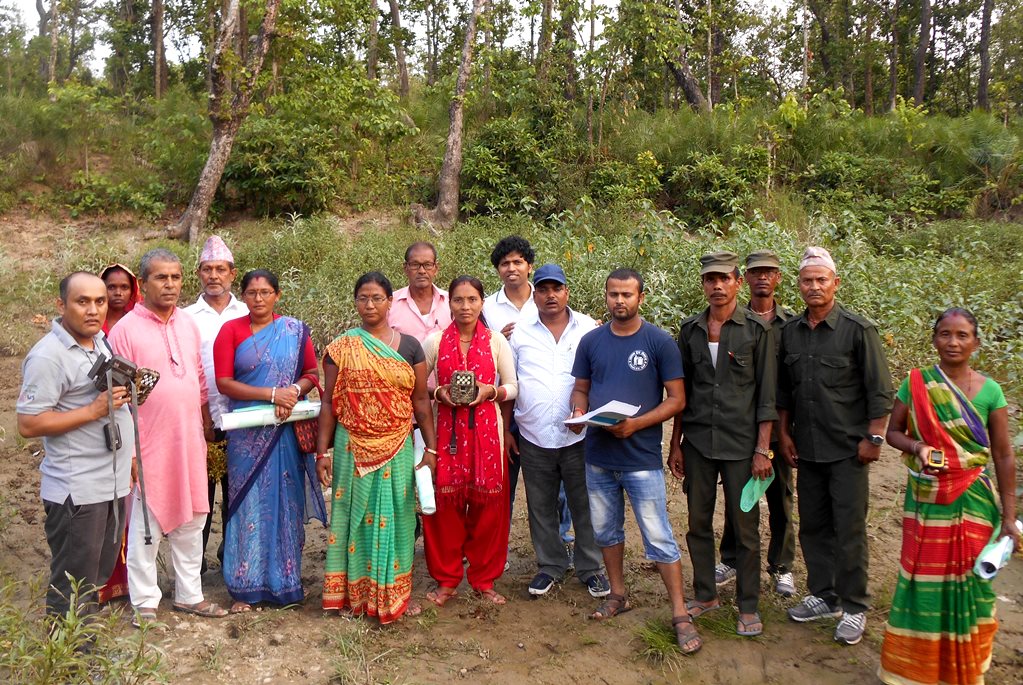 For the past several months, we have been in Nepal, working to catalyze a new community-conserved wildlife corridor for tigers, elephants, and other species.

Historically, tigers and elephants were distributed throughout the lowlands of Nepal. Until the 19th century, a dense lavish green forest called “Charkose Jhadi” connected the southern forests of Nepal to the forests in India. Now there is poor connectivity between the forests and protected areas of India and Nepal, which presents a major threat to wildlife conservation.

Our primary goal is to create a viable corridor from Chitwan National Park in central Nepal to the eastern border of Nepal, so that wildlife can travel freely.

Making the corridor a reality

Working across this large landscape is a challenge, but the steps themselves are simple:

In this part of Nepal, local groups called “Community Forestry User Groups” work to manage and protect the forests they depend on for many resources, such as fuel wood and fodder.

At the end of May, our partners in Nepal met with ten of these groups who had expressed interest during our first trip to visit them. Happily, all ten groups have said that they want to be a part of the corridor and learn these wildlife monitoring skills.

The data the community forestry groups can collect would be extremely useful. Over time it will allow them to understand if wildlife in their forests is increasing or decreasing – information they need in order to make good wildlife management decisions.

After meeting with the groups, we co-designed trainings for the people from the community forest groups to attend. Our partners in Nepal, Dr Dinesh Neupane, Dr. Arjun Thapa from SMCRF, and Birendra Mahato of Green Society Nepal, conducted two-day trainings with the community forest groups to introduce them to some basic wildlife monitoring techniques, including the use of camera traps.

So far, participants are excited by the training and want to buy their own sets of camera traps for their forests.

Meanwhile, Executive Director Dr. April Sansom is working in the Andes mountains. We’ll be sharing an update from her trip soon.